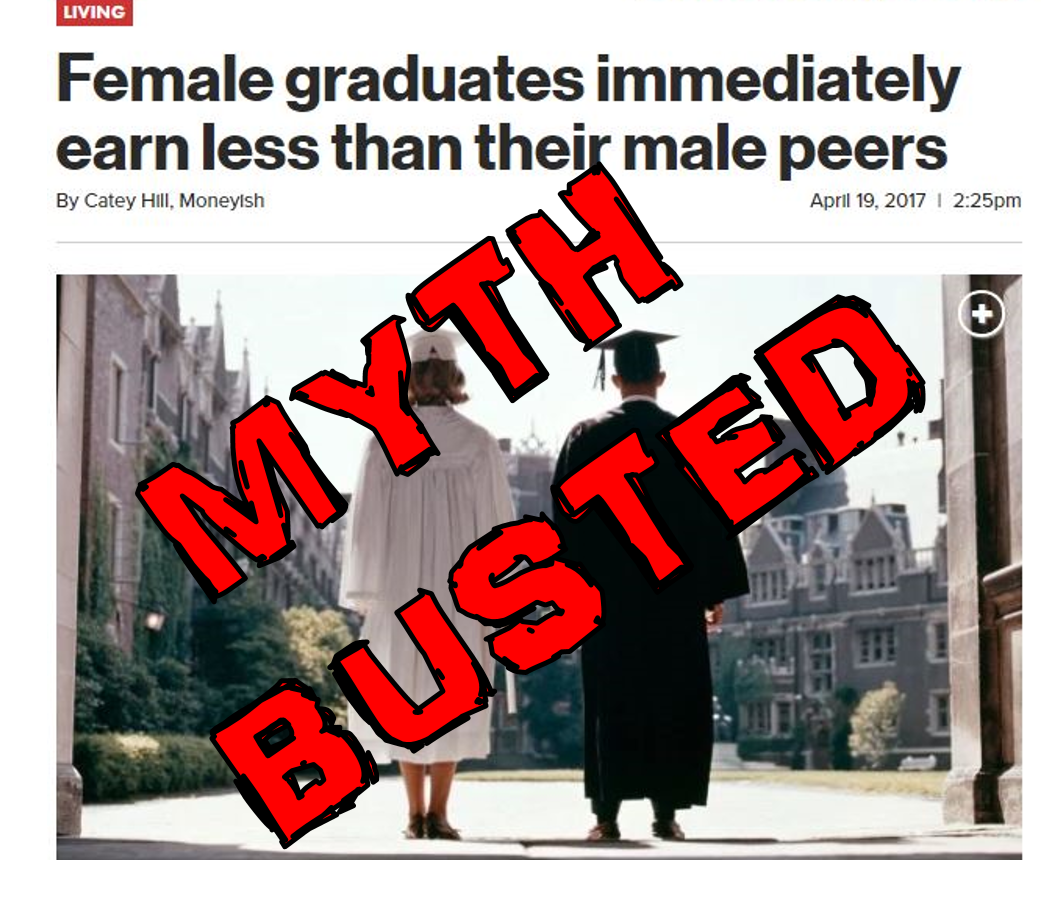 Authored by Warren Meyer via CoyoteBlog.com,

The other day, however, the New York Post let a fact slip by that demolishes this whole gender pay gap meme.  The only explanation I can come up with is that it was in an article headlined “Childish men are to blame for women having kids late in life” so I suppose the powers-that-be assumed that the article must be OK if it was bashing men.  But in it we get this:

Women want an equal partner, but there are increasingly fewer candidates to choose from. The census reports that “the average adult woman in the US is more likely to be a college graduate than the average adult man.” Moreover, today’s young, childless female city-dwellers with college degrees are out-earning their male counterparts by 8 cents on the dollar. Their higher incomes may be why they are less likely (29 percent) to be living with their parents than single men (35 percent).

OOPS!  In the eagerness to beat men up for being under-performing, lazy, uneducated slobs still living with mommy, a meme was destroyed.  In fact, serious scholars (ie those who are not activists) have pointed out for years that unmarried childless women have no pay gap with men of similar ages, it is only after marriage and babies and other such events that some women make life and career choices that reduce their pay.